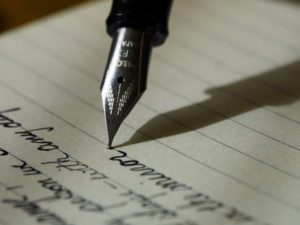 The Meaning Of The Mural

The mural depicts two reindeer seeming to pull a public street-bench where a homeless man is sleeping, as a sleigh. The anonymous Banksy posted a video on Instagram drawing popularity to the piece and the issue of homelessness in the UK during Christmas. 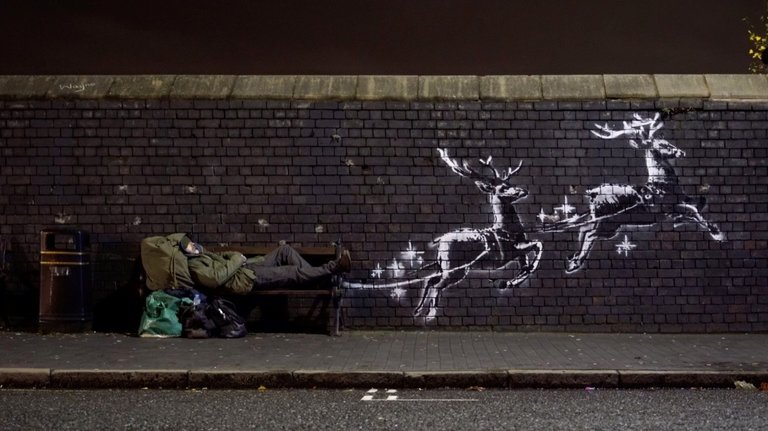 Picture by “The Guardian” 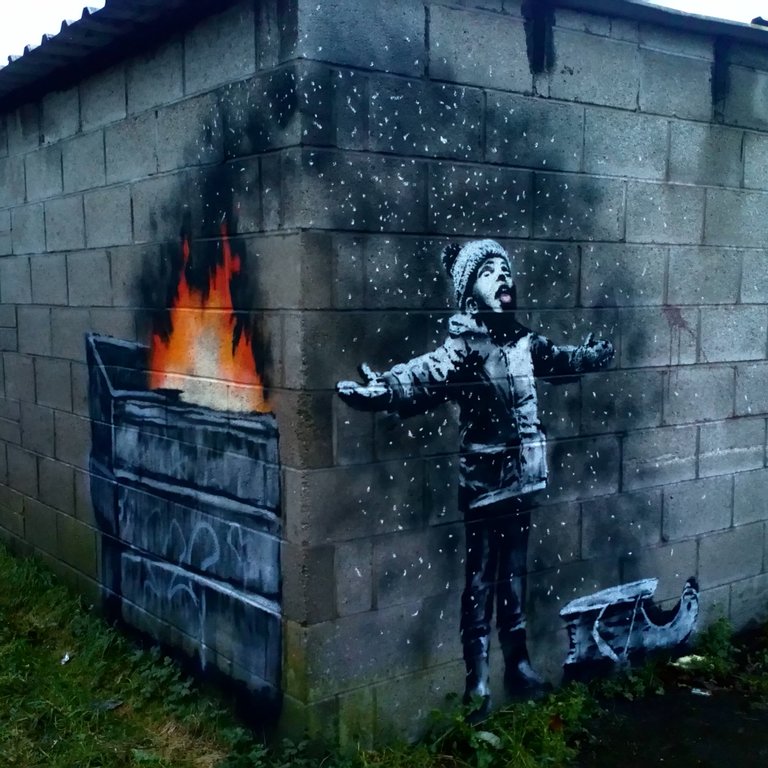